From
cadet
to
principal
engineer

Some of you reading this might not remember the days when you looked for a job in the newspaper classifieds. But that’s what led me to SMEC in 1983 as a cadet, half way through my degree at the University of Tasmania.

My father, an architect, prompted me to apply for the job after seeing an advertisement in The Australian. As an immigrant himself, he clearly knew more about the legend of the Snowy Scheme than I did. I didn’t think I had much of a chance, but perhaps the fact that SMEC had previously recruited some good engineers from Tasmania Hydro gave me a leg up. I was so excited at the prospect of working on challenging major project works, overseas travel, and skiing in the beautiful Snowy Mountains!

I started working full time in one of the Cooma Design Offices (DO4) in January 1985, under the tutelage of Alan Crichton and Graeme Bell – two of Australia’s best dam designers as I later learned. The first few years in Cooma were a hoot! I became heavily involved in sport, as you do in a country town, playing soccer, golf, tennis, badminton, Hash House Harriers (a non-competitive running event – I met my wife to be at the “Snow Hash”) and of course skiing! Many of the others my age in town were the children of workers on the original Snowy Scheme from all over Europe.

In May 1987, I was stationed in Fiji on my first overseas project, supervising the Australian Aid-funded reconstruction of school buildings after cyclones. 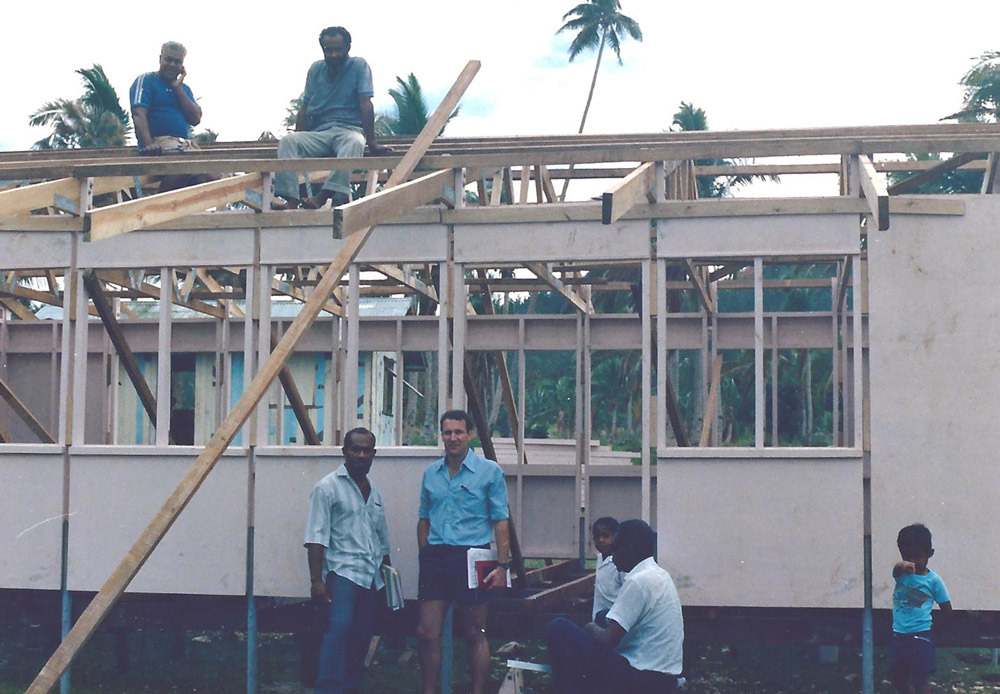 I worked on various tunnel and dam design projects in the design office, and one that particularly stands out was the Yonki Dam in Papua New Guinea (PNG). The seismic potential in PNG is the same as the San Andreas Fault. And our challenge was to design a 60m high outlet tower to stand up to that, as well as a zoned earthfill dam in soft tropical soil conditions. It was fascinating work.

In May 1987, I was stationed in Fiji on my first overseas project, supervising the Australian Aid-funded reconstruction of school buildings after cyclones. I spent two months travelling around the country including to remote island communities, sometime sleeping on clay floors in village huts, and even experiencing a live coup.

Other overseas stints soon followed at Papua New Guinea, Botswana, Indonesia and Malaysia. It was a rare privilege to be involved with construction supervision on the Yonki Dam project, following on from the design I had done some months earlier.  I switched from the Dams to Roads team and spent time in far flung areas such as Irian Jaya, Maluku and Central Sulawesi in Indonesia. My wife and I went to Pergau Hydro Project in the jungles of Malaysia when our first daughter was only six weeks old. Luckily, we had a great expat community and lots of support from the Kuala Lumpur office as well as head office in Cooma, Australia. 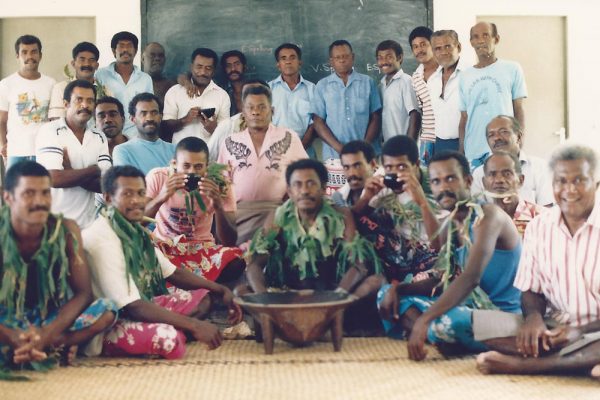 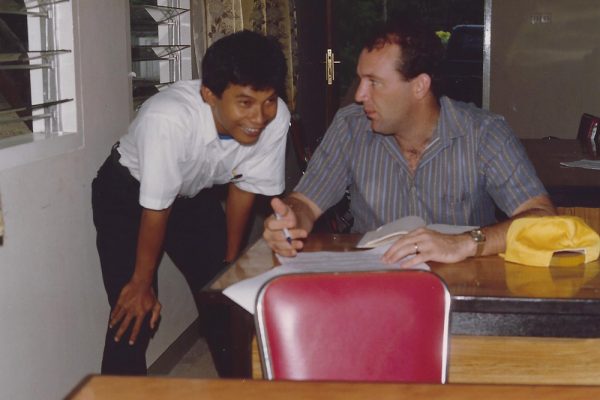 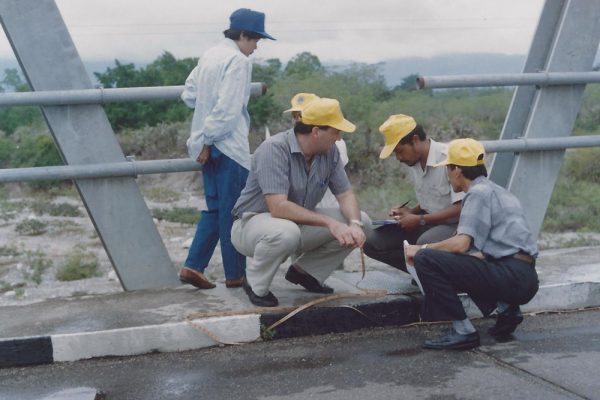 Soon after I spent a year at a small geotech firm in Wollongong, New South Wales, where my second daughter was born. But the pull of SMEC was too strong! I landed back in my birth state, at the SMEC office in Brisbane in August 1996, where I’ve been ever since.  We soon won some major design and contract administration roles on the Pacific Motorway project between Logan and the Gold Coast. That really put SMEC on the map in Queensland and since then we have only grown stronger and more diverse.

Much has changed within the culture and reach at SMEC since I started as an 18-year-old cadet. Our people now hail from countries all over the world, not just Europe. But the one constant has been the sense of challenge and opportunity. I have always found there to be a relatively flat management structure, where I have been able to access senior management easily and efficiently to support me in my role. I have also been privileged to work alongside some outstanding talent. We continue to secure marquis projects that challenge us to deliver excellent results, often in difficult environments. I am currently working as Contract Administrator on the Ipswich Motorway Upgrade (Rocklea to Darra), based full time on site. This is a major Design & Construction project to upgrade one of the busiest motorways in Queensland, Australia. The sense of professional satisfaction gained from successful outcomes has always been a strong driver for me. I’m also excited to see more females entering engineering, especially in the construction area. They provide a balance of thought and insight into the work which only strengthens the output of the team.

"Break down the barriers through the quality of your contribution"

In pursuit of productivity enhancements and innovation at SMEC

A s consultants, we are always trying to help our clients achieve a great outcome on their project. In a competitive market we aim to deliver great outcomes at a competitive cost. To achieve this, we constantly need to increase productivity and find innovative technical solutions.

Elliot Hannan leads SMEC’s Dams and Hydropower business in Australia and is currently the Project Director for the SMEC Planning and Development Services team working with WaterNSW to deliver the Dungowan Dam and Mole River Dam projects in Northern New South Wales. 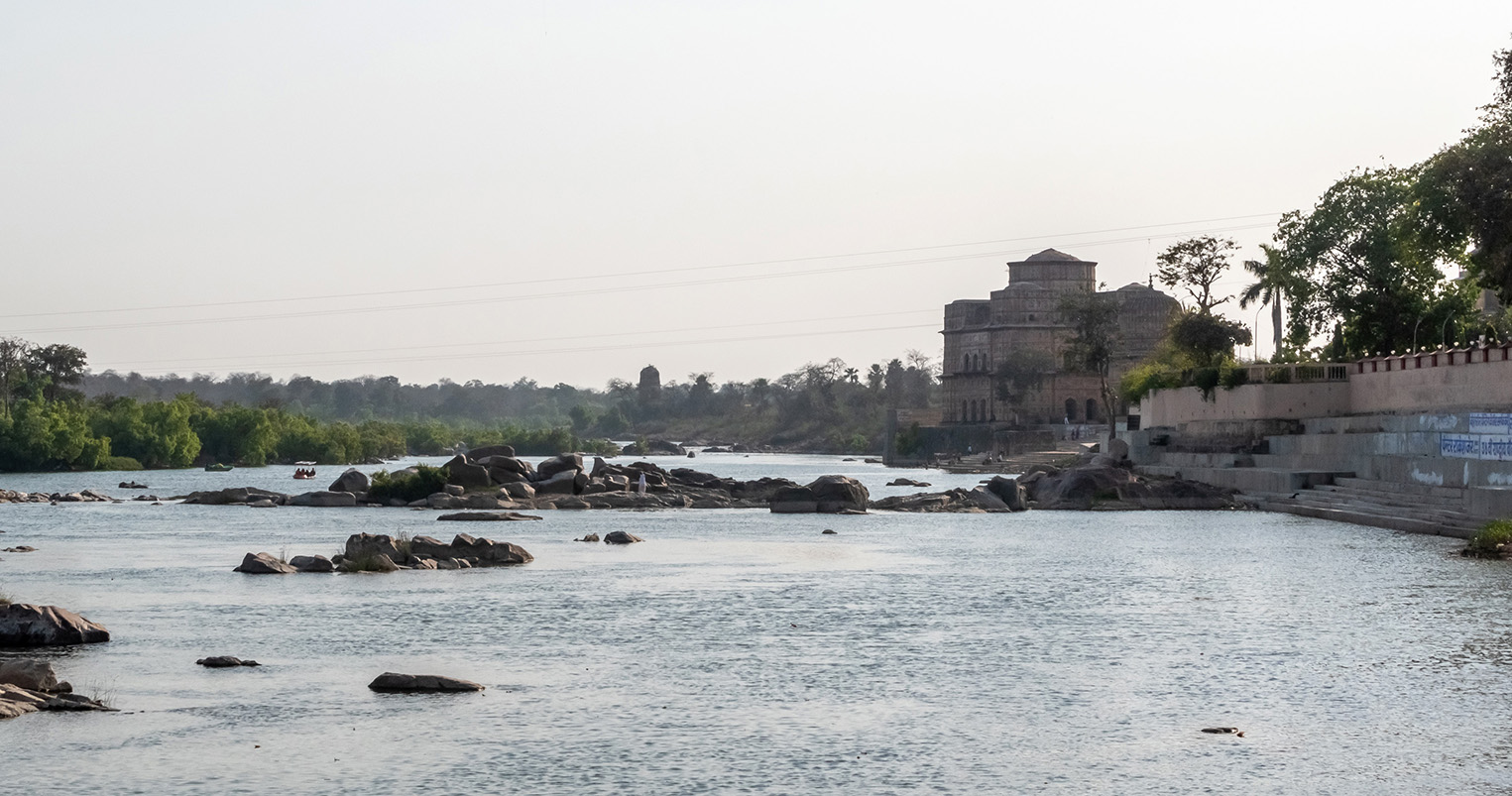