NorthConnex is a 9-kilometre tunnel reaching a maximum depth of 90 metres, making it Australia’s deepest road tunnel. Motorists will be able to travel from Newcastle to Melbourne without a single set of traffic lights, paving the way for more efficient state and national freight movements. 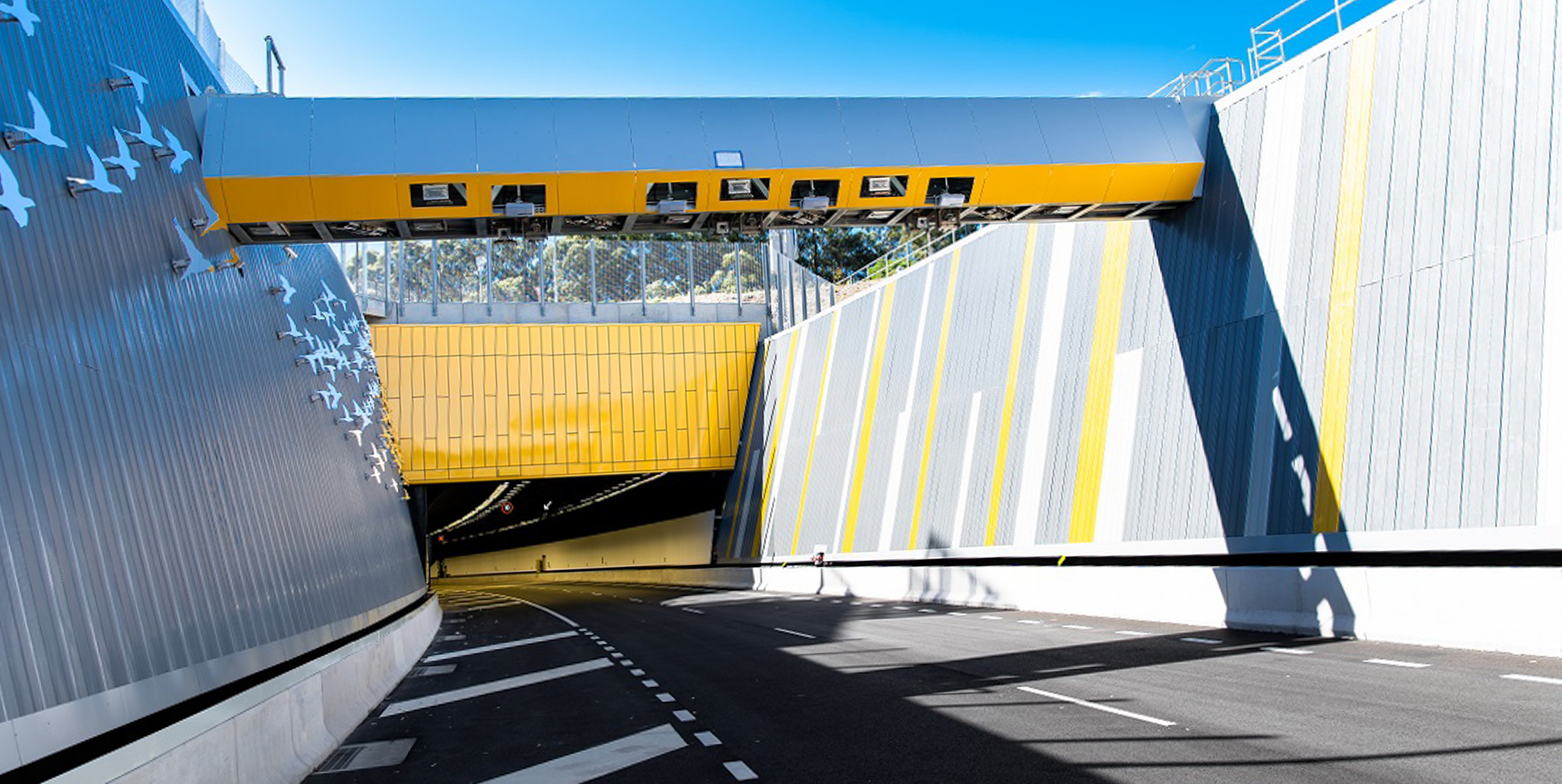 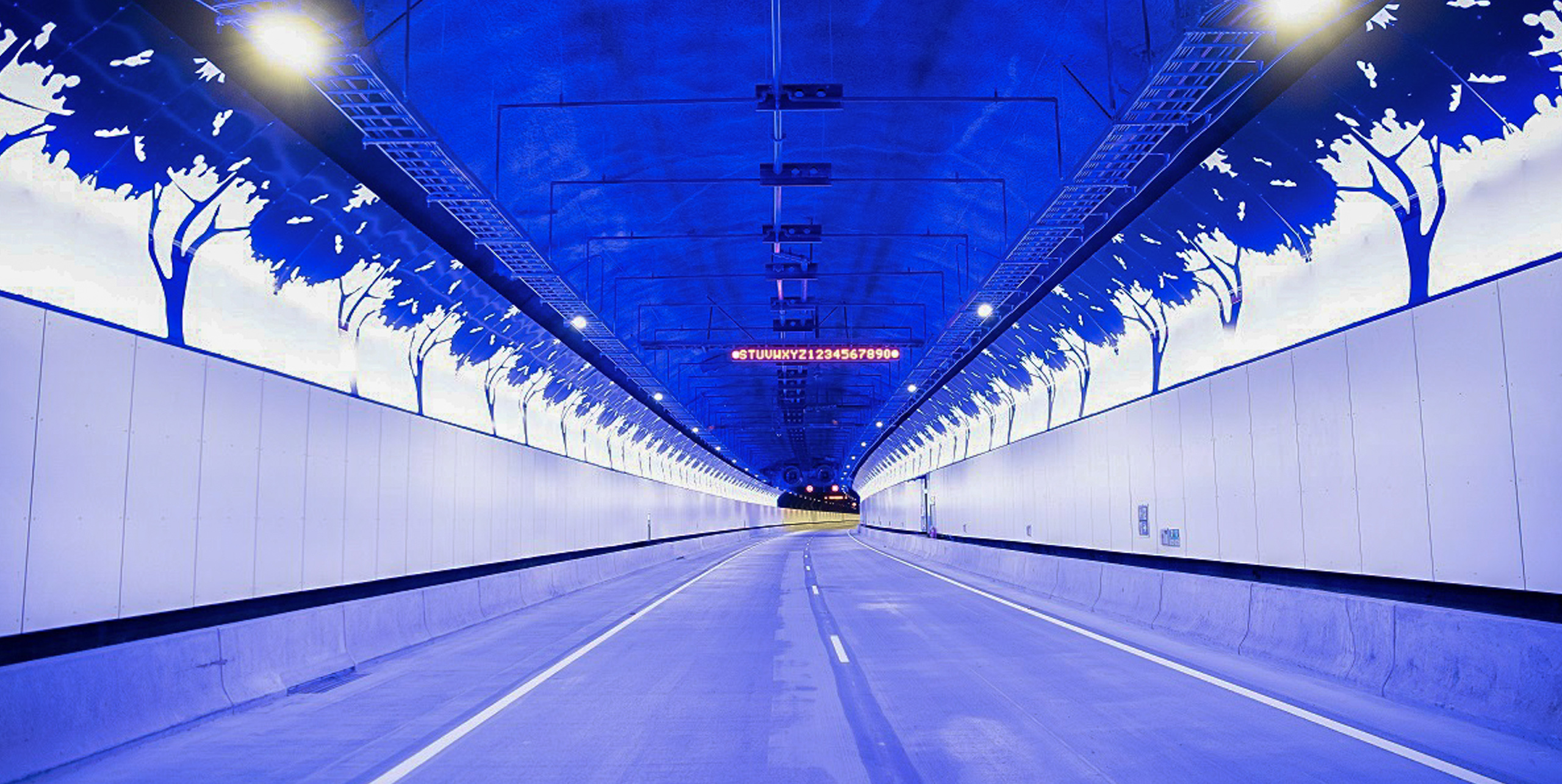 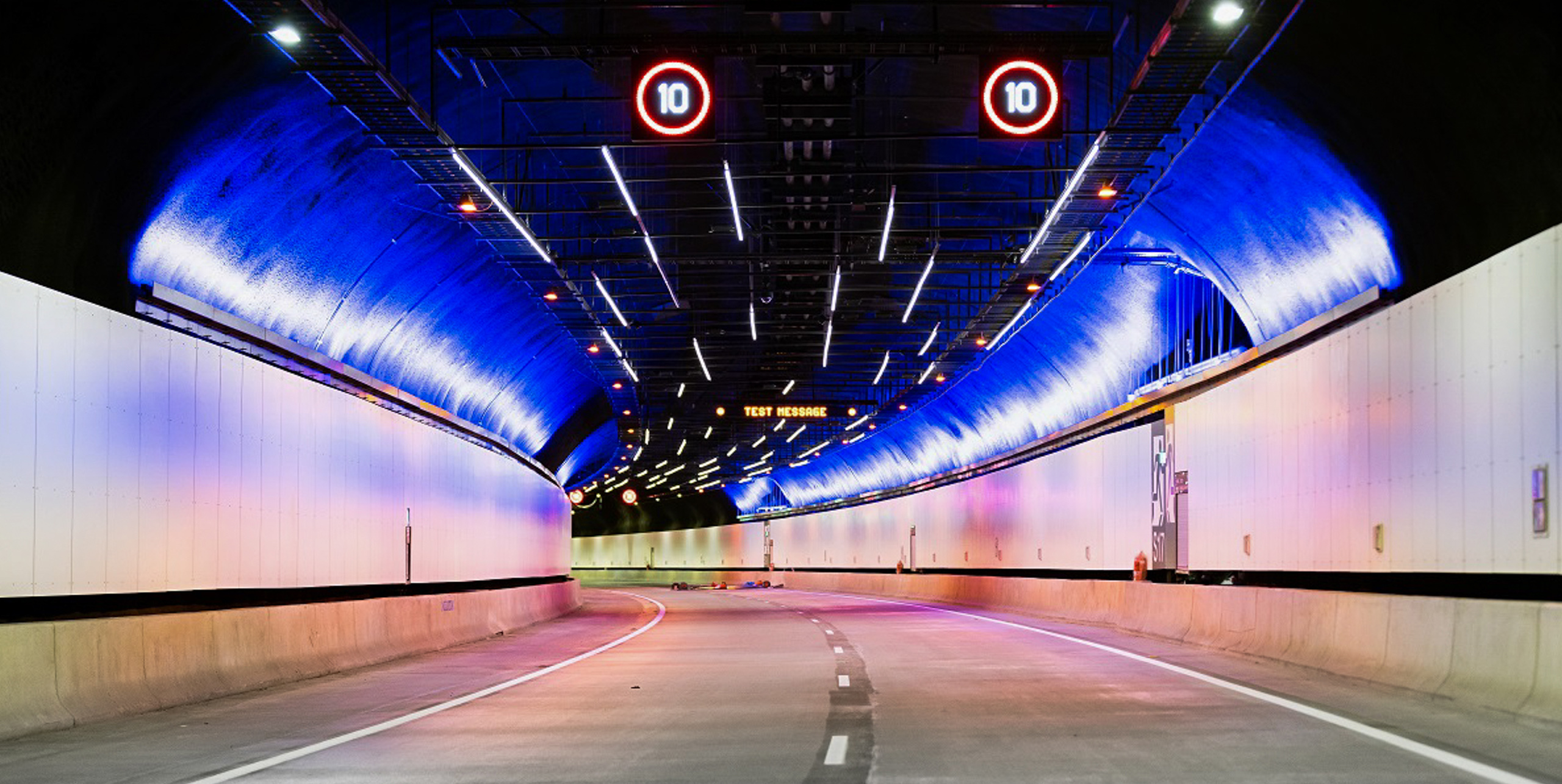 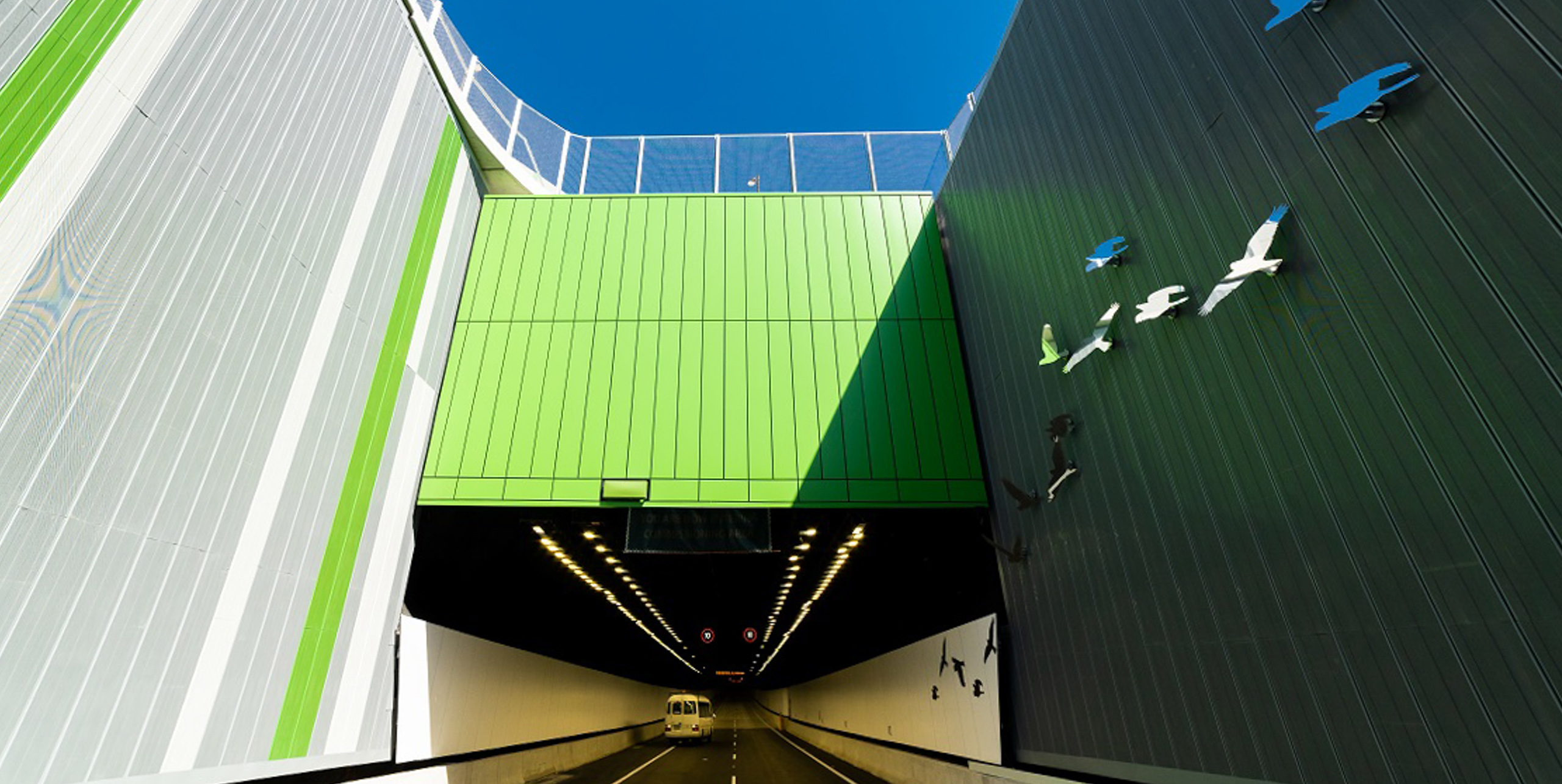 Taking the complex out of road connections

The NorthConnex tunnel has an internal vehicle clearance of 5.1 metres, significantly taller than the average 4.6 metres for traditional tunnels, in order to service the anticipated future height of freight vehicles.

At its opening, the tunnel is marked with two traffic lanes and a breakdown lane, but the wider-than-average design means it can be reconfigured to three lanes as required. Another future-proofing aspect is the east-facing road stubs constructed at the southern end of the tunnel, which can be extended to connect the tunnel to the eastern section of the Hills M2 Motorway in the future.

The engineering design used the sequential excavation and support method; using roadheaders to excavate the tunnel, with a combination of rock bolts and sprayed concrete applied close to the tunnel face to support excavation. In this way, the efficient tunnel design solution is that each cross section is cut specifically to the geometrical requirements at any given location. This resulted in less excavation and spoil to move.

During peak construction, there were 20 roadheaders operating to excavate the tunnel profile. More than 2.5 million cubic metres of soil was excavated and 100 per cent was reused, either by the nearby Hornsby Quarry or at other project sites across Sydney.

A thinner lining of shotcrete for the tunnel walls was engineered to reduce the volume of concrete required in construction, while still adhering to tunnel design safety requirements. Enhanced passive fire protection was achieved by adding polypropylene fibres to the shotcrete to improve its resistance to fire and heat.

Unlike the circular geometry of typical rail or metro tunnels, which are often constructed with a circular tunnel boring machine, this project had more than 200 defined tunnel profiles to accommodate the mechanical and electrical equipment as well as the higher and wider design and construction requirements. Engineers turned to digital engineering tools to develop, streamline and validate the definition of the complex variable tunnel geometry. A fully optimised spatial model enabled the design and construction teams to visualise the changing geological requirements as well as varying geometrical requirements, such as underground junctions, traffic merges and diverges, cross passages, jet fans and traffic signs.

The project was able to achieve this by implementing sustainable design practices and construction techniques, including reducing emissions through the use of LED lighting, modelling reduction in water use throughout construction and reducing the lifecycle impacts of materials through initiatives focussed on locally sourced, reclaimed and recycled content for construction.

The newly constructed Motorway Operations Centre includes a maintenance facility and service yard, water treatment plant and the southern ventilation facility. The Wilson Road Tunnel Support facility is more than 80 metres deep and is the deepest road shaft in Australia, equivalent to a 20-storey building. A benefit of the higher and wider tunnel design is that greater volumes of fresh air can move through the tunnel, which reduces emissions build-up for motorists.

The gentle gradient of the tunnel allows vehicles to maintain a consistent speed for improved fuel efficiency and lower vehicle emissions.

Traditionally, a road tunnel features a flat roof profile, however, this can cause the water seeping from above the tunnel to drip onto the road and electrical equipment below. Engineers tackled this challenge by designing an arched tunnel roof and shoulder geometry for NorthConnex. In addition, a waterproofing membrane and final tunnel lining were extended beyond the shoulders to the tunnel axis at the top of the walls.

Any water seeping from above the tunnel roof traverses the arched roof and is directed into the water treatment plant at the southern end of the tunnel. This water is treated before being deposited into Sydney’s stormwater network.

Vehicles save up to 15 minutes by using NorthConnex, improving the efficient movement of freight. Drivers bypass 40 sets of traffic lights on the Pacific Highway when travelling from suburban Sydney to the city centre. 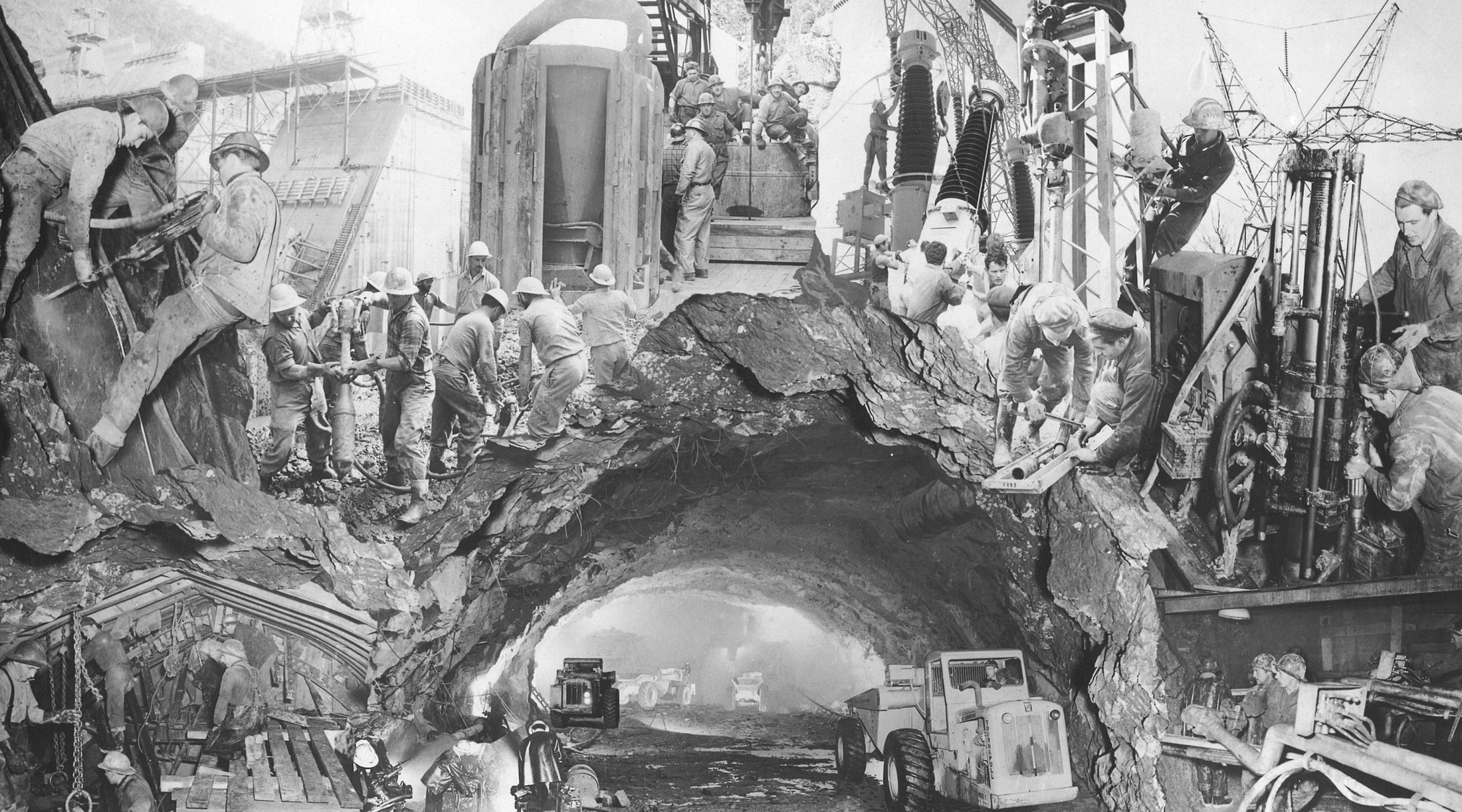 Trevor Ferris knows better than most what it means to come full circle. He is currently employed with SMEC as Technical Principal, Road Design and is actively involved in the expansion of the iconic Snowy Mountains Hydroelectric Scheme, also known as Snowy 2.0.

Sustainable Planning of the Underground Space

When I see Science Fiction movies, I often see a dystopian future presented where cities are overcrowded with many layers of housing, amenities, viaducts and flying machines.

It is an exciting time to live in Southeast Queensland (SEQ), Australia. It’s even better if you work in planning and engineering. This is because a complex, multi-faceted City Deal proposition called TransformingSEQ was recently launched, followed by in-principle agreement at the local, state and federal levels of government to progress the SEQ City Deal proposal. City Deals are a key mechanism of the Government’s Smart Cities Plan (2016) and provide a new approach for all levels of government to work together to strategise and deliver transformative outcomes for Australian cities.