The
future
of
transport
looks
very
different
from
today

The availability of Connected and Autonomous Vehicles (CAVs), or driverless cars, in the market is no longer a matter of ‘if’, but ‘when’. Most vehicles today offer partial automation but rapid technological advancement is pushing the fleet towards higher levels of automation. Various literature differ in their projections on the driverless vehicle’s implementation and market-penetration timelines, but most agree that fully autonomous vehicles will be common from the 2030s. Research undertaken for the Victoria Transport Policy Institute (VTPI) predicts that CAVs will become common and affordable in the period 2040 to 2060.

In recent years, the increasing interest in the development of autonomous vehicles has arisen because of their potential impact on society. They will radically change the way people view and use road transport and deliver dramatic changes to our lifestyle. With mobility no longer dependent on driving capability or driver behaviour, people’s choices in terms of housing, work, shopping and recreation will alter fundamentally. This paradigm shift will have an enormous effect on how cities are developed, with potential changes in land use allocation, jobs distribution, commercial and retail development.

The broad societal impacts mean there needs to be genuine effort from governments and transport authorities to seriously look into how CAVs will impact the transport ecosystem of the future and then make the necessary changes to the way we plan for future transport. Planning needs to happen now while governments still have the flexibility to shape regulations and policies.

What about Mobility as a Service?

Mobility-as-a-Service (MaaS) is a move away from individually owned transport modes to transport solutions that are consumed as a service.  Although still a relatively new concept in Australia, MaaS is starting to pick up in other parts of the world, particularly in Europe where Helsinki is leading the way with their MaaS app, Whim. MaaS will reshape our lifestyles in ways we can’t fully imagine today. By incorporating automated vehicles into the mix of transport choices  MaaS is poised to become substantially more attractive than owning a car and would contribute to the rapid decline of car ownership in the coming years.

MaaS with CAVs as the main mode of transport will greatly reduce the cost per kilometre of travel when compared to owning a car. It could even be cheaper than taking the train or bus, as MaaS users will share the operating costs of vehicles. MaaS also has the potential to significantly reduce the number of vehicles on roads and provide improved freedom and mobility to those who cannot drive. However, we can’t be certain whether less car ownership will be offset by the additional vehicle trips on roads, trips that are non-existent today (e.g. trips by the elderly/disabled/children on their own, zero-passenger trips, etc). It is this type of trip that would make a CAV in a MaaS system travel a lot more kilometres than an owned car. This makes MaaS more efficient in terms of its utility compared to an owned car which is typically used only 4% of the time while it is parked somewhere for the remaining 96%.

MaaS will also greatly reduce the need for parking, especially in CBDs where real estate is at a premium. People driving to work will no longer have to worry about finding or paying for parking spaces. Existing parking lots can be repurposed to something that will provide better amenity to the community like parks, shopping centres or restaurants. Similarly, Maas will also free up space in people’s homes as the car garage can be repurposed to extend a family’s living areas. The potential to refashion how we live is enormous.

The potential to refashion

how we live is enormous.

Understanding how CAVs will affect travel behaviour will help in shaping not only our future transport networks, but urban development as well. For example, with CAV ‘drivers’ not needing to concentrate on the road they would be able to focus on more productive pursuits, like reading or working, while on their journey. People would therefore not mind having to travel longer distances as time spent in-vehicle is no longer considered lost or wasted time. This could then impact the current practice of promoting compact and dense cities as it becomes more attractive for people to live in larger houses in the suburbs than live in apartments close to or within and urban centre.

Similarly, as CAVs used for MaaS reach a critical mass, this will make travel costs considerably cheaper than either owning a car or using mass transit, making CAVs the most attractive transport mode option. This could result in a significant decrease in mass transit patronage, adversely impacting the economic returns on the large investments made in transit infrastructure. This is a scenario that can be avoided if transport authorities prepare regulatory frameworks and shape policies that ensure CAVs complement mass transit rather than compete.

It’s therefore vital that driverless technology is taken into consideration when planning for transport systems that will be operating 20 or 30 years into the future. Failure to do so could result in investments in transport infrastructure that may no longer be suited to the needs of the community. Urban and regional transport planners who continue to rely on age-old quantitative data sets to inform future infrastructure investment do so at their expense and at the peril of the community at large.

It’s timely for governments around the world to better understand how CAV technology could embed in their current long term plans. Many countries are in varying phases of CAV development, with France, Germany, Singapore, Sweden and the UK ahead in allowing trials of autonomous vehicles on public roads. Other countries have yet to consider how this technology will figure in their long-term transportation planning, although Australia has already started initiatives heading in this direction. With the automation revolution upon us, it’s narrow minded for medium to long term transport plans (i.e. 10 to 30 years into the future) to assume that future vehicles will behave exactly the same way they do today. It’s also fraught to expect that people’s future transport choices will remain the same as they are now.

What can be done?

The best way forward is for each country to take a single national approach rather than compete city by city. The countries that set out a national agenda to embed automated vehicle implications into integrated transport and land use strategies will be in the best position for the future.  Planning for the MaaS concept is a first step towards incorporating automated vehicles into the transport mix. To shape future infrastructure investment decisions in the short term, planners will need to embrace well-based assumptions rather than rely on established quantitative data.

We, as transport planning and engineering professionals, need to take the initiative and extra effort to ensure that our advice to clients take into consideration a future transport ecosystem that is very different from what we have today. We need to future-proof transport infrastructure investments to minimise the risk of them being redundant or severely underutilised when CAVs become commonplace.

Now is the time to challenge the status quo. Without doing so, how can today’s planners confidently develop future solutions when the data they traditionally draw on doesn’t yet exist? What’s crucial is to genuinely recognise that connected and autonomous vehicles are about to create a sea change in our transport future – akin to the transition from horse-drawn carriages to motorised cars in the early 1900s. We therefore need to act and plan accordingly because not doing so could have far-reaching economic consequences. 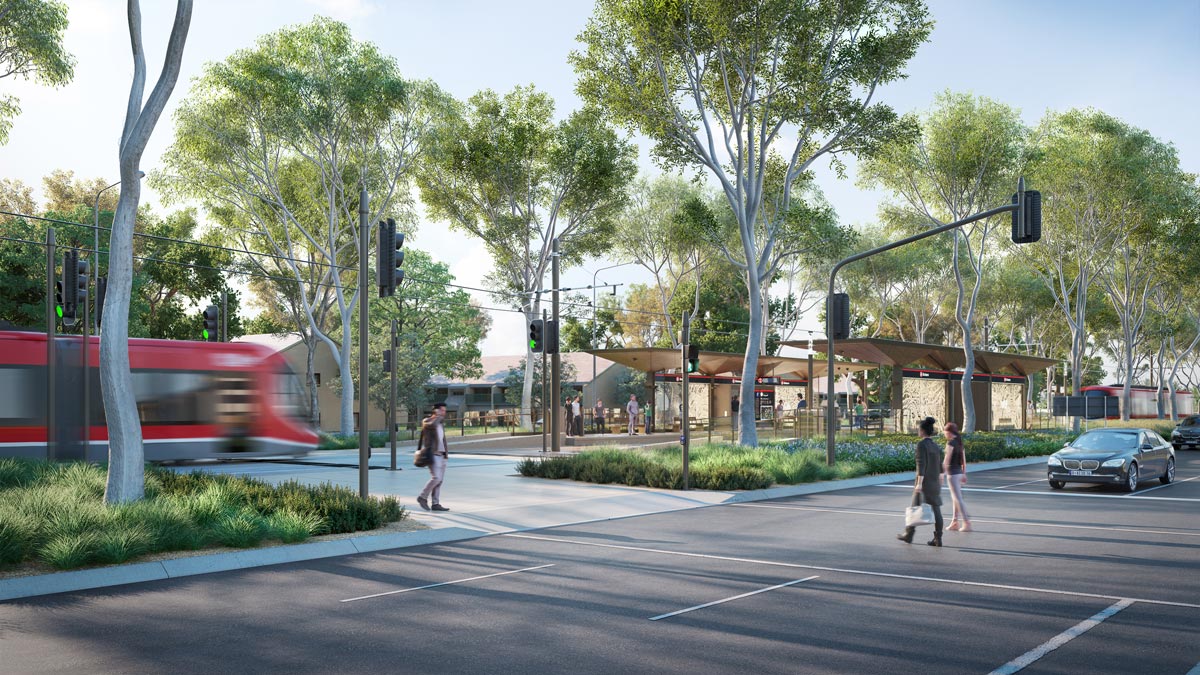 It was an exciting Saturday in April 2019 as the Canberra Light Rail, after more than a decade in planning and construction, opened its doors to the public. It’s the first light rail system for Australia’s capital and a key element of the Australian Capital Territory (ACT)’s Government’s Canberra Plan, a strategic guide to the city’s future growth.

Are you wrong about autonomous vehicles?

New technologies were abundant and the mobile phone was ‘the thing’ on everyone’s lips. We were all asking questions like; ‘what is it, why do you need it and who wants to be contacted 24/7 anyway?’ 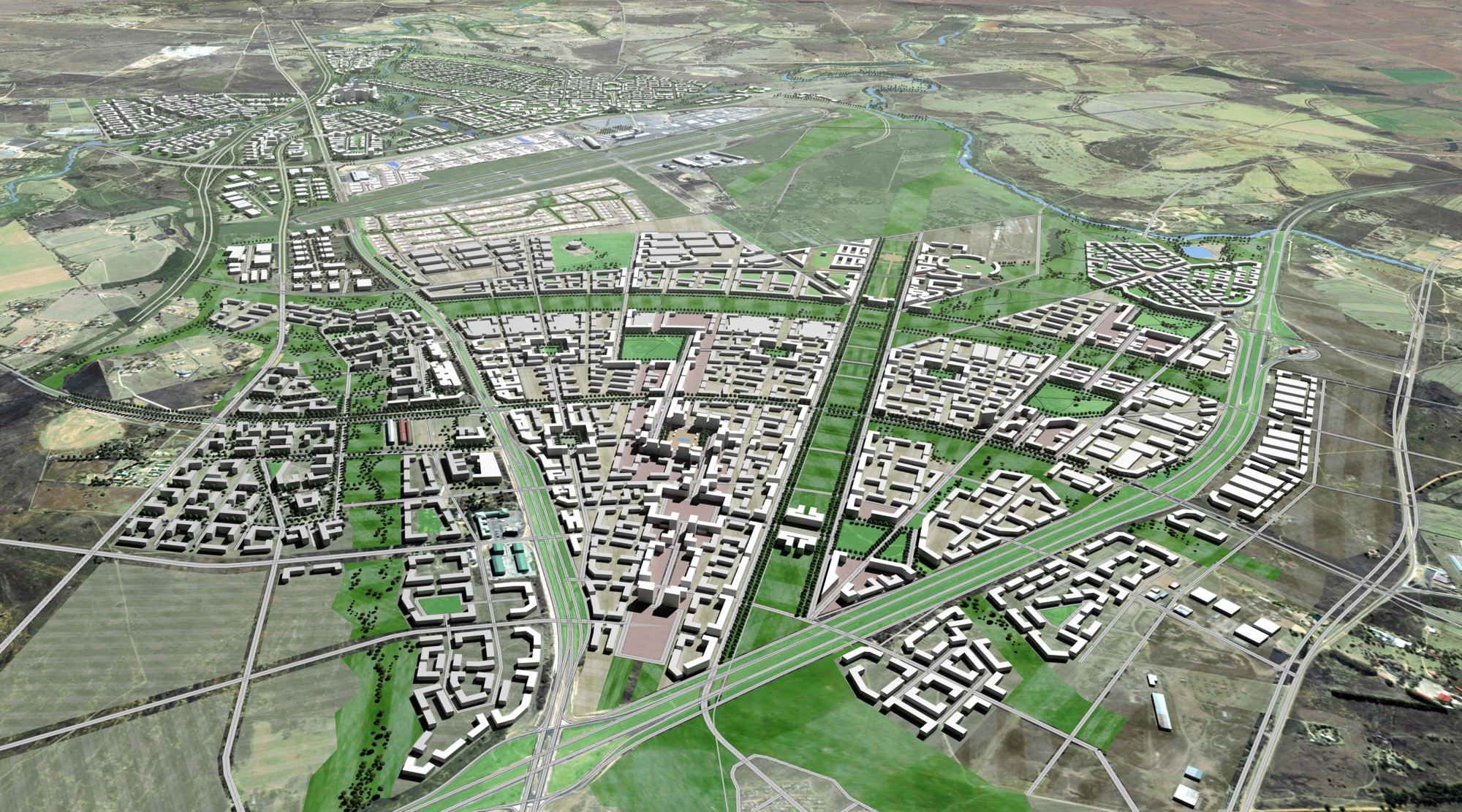